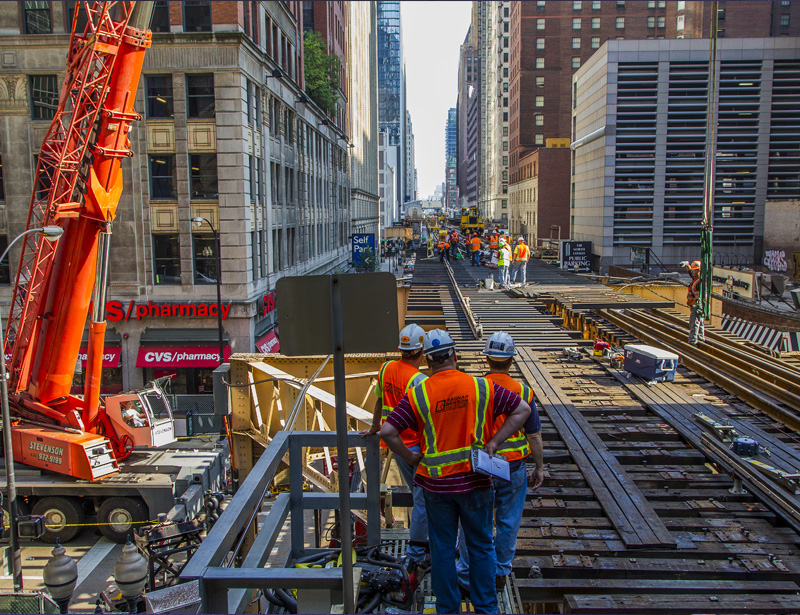 This project involved the replacement of deteriorated track and rail ties along the Wells and Van Buren elevated tracks, as well as track components that were installed in the early 1980s that were nearing the end of their useful life..

This project has helped ensure safe and reliable rail service and is part of Mayor Rahm Emanuel’s Building a New Chicago program, which includes updating infrastructure that is critical to the city, with improvements that will help ensure that the CTA continues to serve customers as effectively as possible.

Portions of the Loop-elevated system that were replaced include the track and structure along Wells and Van Buren streets, the Hubbard Curve and the Tower 18 and Tower 12 junctions. The project also included replacement of other rail system components including foot walks, traction power and signal cabling, signal panels, switch machines, and rail lubricators.